3 Indicators of Construction’s Growth in 2015

Let’s take a quick look at each. 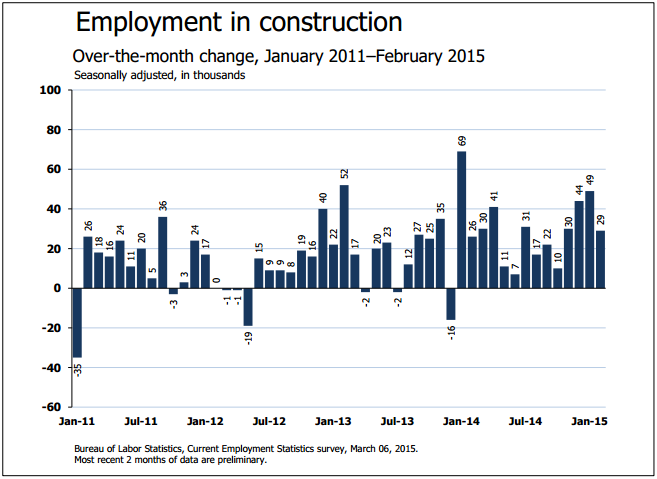 A forward-looking national economic indicator, the Construction Backlog Indicator (CBI) reflects the amount of work that will be performed by commercial and industrial contractors.

According to research from JLL, due to the high construction index from the end of 2014, 2015 is going to see growth in the construction sector as the economy continues to recover and stabilize.

As reported by the U.S. Census Bureau of the Department of Commerce, construction spending for January 2015 totaled an estimated $971.4 billion (seasonally adjusted annual rate). 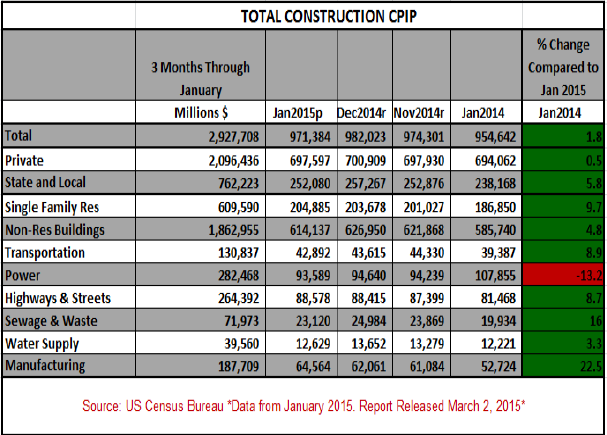 Compared to January 2014, non-residential construction has increased 4.8%. Manufacturing, recreation and lodging saw the largest increases with 22.5%m 19.3% and 18.2% increases in spending, respectively.

What are some other indicators that support growth within the construction industry? Share your thoughts in the comments below.