We recently celebrated our two year anniversary in Chicago with a guided tour, luncheon and visit from Mayor Rahm Emanuel at the South Side Wheatland Tube manufacturing facility. Mayor Emanuel gave a speech highlighting Wheatland Tube’s contribution to local economic growth, after remarks from JMC’s CEO, Barry Zekelman, who spoke to the company’s role in strengthening Chicago’s workforce. 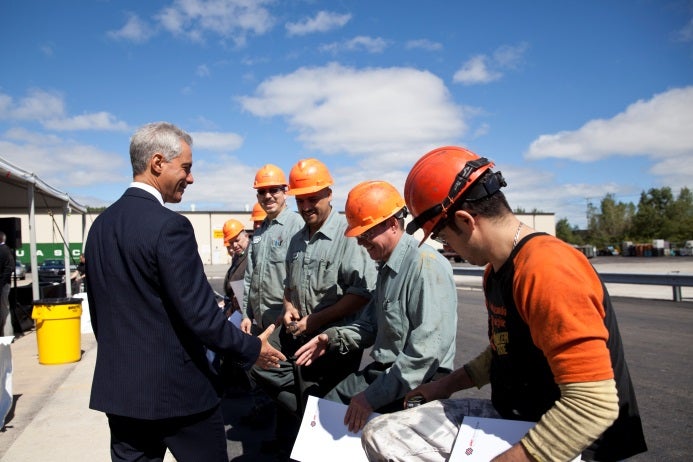 “It’s not always all about office work. It’s about being able to do all you can for the city. It’s the men and women in the back door of Chicago— the 600-plus people who are committed to the city—who export out of this facility,” Mayor Emanuel said.

During the event, Mayor Emanuel gave a speech highlighting Wheatland’s growth and continued effort to strengthen Chicago’s workforce, as well as the local economy. The event honored the hard work and effort of our employees, who have been the backbone to strengthening the manufacturing industry in Chicago and in our plants across the country. 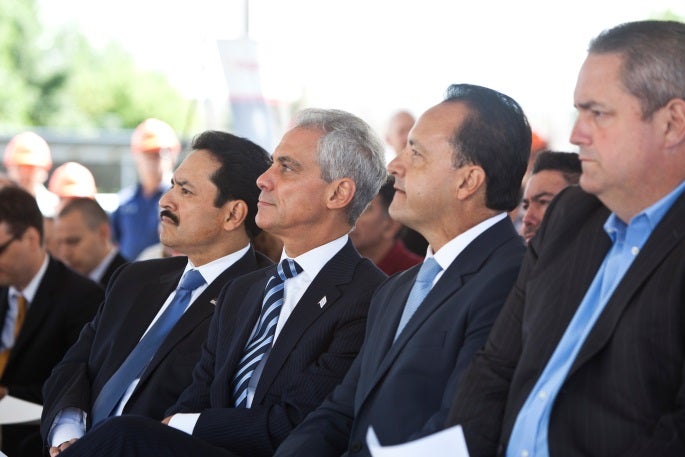 “The Wheatland Chicago plant has been and will continue to be a wonderful, safe, welcoming place for many years to come to work,” Mayor Emanuel said. “Our employees and their tremendous work ethic and pride keep us competitive and give us the ability to continually invest in Chicago and its community.”

“Since relocating our headquarters from Beachwood, Ohio to Chicago, we now employ approximately 600 people—a combined total from the Atlas Tube and Wheatland Tube Chicago manufacturing facilities as well as JMC’s corporate headquarters. The Wheatland Tube plant employs approximately 190 people, after adding 30 jobs in the last two years, including engineers, machinists, crane and forklift operators, and wastewater treatment operators, among others.”

“The short-term solution for many companies has been to move jobs offshore, to non-union or less expensive states, thus leaving well-established cities like Chicago, Detroit and others with rapidly increasing unemployment,” Zekelman said. “This does not need to happen and will not happen as long as JMC is in Chicago.”

As we move into the coming year, we hope to bring on more employees to match rising opportunities in the market. We are grateful for the support of the city of Chicago and are looking forward to what the next two years bring.