Why is the Section 232 Investigation Important to America? 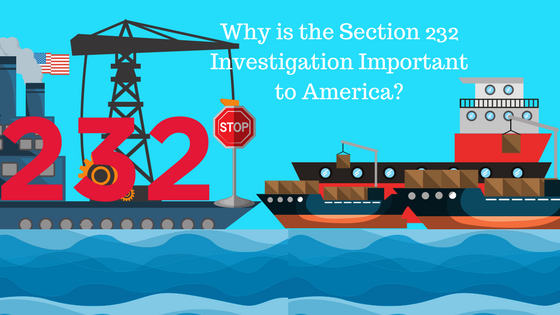 Why is the Section 232 Investigation Important to America?

A Section 232 investigation is being conducted under the authority of the Trade Expansion Act of 1962, as amended. The purpose of the investigation is to determine the effect of imports on the national security.

The Secretary’s report to the President, prepared within 270 days of initiation, focuses on whether the importation of the article in question is in such quantities or under such circumstances as to threaten to impair the national security. The President can concur or not with the Secretary’s recommendations, and take action to “adjust the imports of an article and its derivatives” or other non-trade related actions as deemed necessary.

What is being investigated under section 232 as of now is the impact of imported pipe and tube.  In fact, more than 700,000 tons of imported pipe and tube entered in the U.S. for the months of April, May and June 2017.  Based on preliminary import data for the first half of 2017 pipe and tube imports have increased by 70% from 2.27 million tons to 3.85 million tons.  Import market share in the U.S. is at 60% and as a result, imports are robbing thousands of jobs from American companies.

Furthermore, was the news that in June 2017 steel imports entered the U.S. at a record level of 3.5 million tons, including 750,000 tons of pipe and tube which captured over 30% of the finished steel market share.   The industry has not seen these levels since the Asian financial crisis of the late 1990’s – when surging imports nearly decimated the U.S. steel sector.   With the domestic industry operating at well under recommended capacity utilization (under 70%) there is certainly grave concern about the ability of the industry to provide steel products for national security.

The pipe and tube industry is a vital component of our country’s steel sector.   Facilities located in over 30 states and over 35,000 employees contribute to the nation’s economic and national security.  The industry makes the products necessary to secure the country’s energy infrastructure, make critical components to supply the nation’s defense systems and relies on a robust steel industry to provide its input products to make welded and seamless pipe and tube products.

Our CEO of Zekelman Industries Barry Zekelman has been a key proponent and strongly advocating for action to be taken on the 232 investigation since April 20th, 2017, when the President signed the Presidential Memorandum on imported steel. Mr. Zekelman has made appeals to congress as well as being a guest on CNBC Power Lunch stressing the importance of American steel and how imports have been damaging the American economy. “Everyone is making the mistake and equating the steel industry in the U.S to just steel used in the military. Where really the national security aspect comes into effect where it’s used all over for our buildings, bridges, road beds, to transport our gas, to drill for our energy and make us energy independent. This county wouldn’t function without a domestic steel industry.” Barry Zekelman

We hope that soon the President and Secretary Ross will take the necessary action to secure American jobs and to make sure that the American economy stays strong, secure and independent for many years to come. 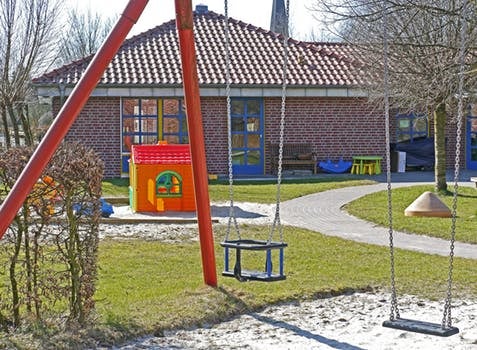